Classic Cars You Should Buy Your Dad... Or Yourself 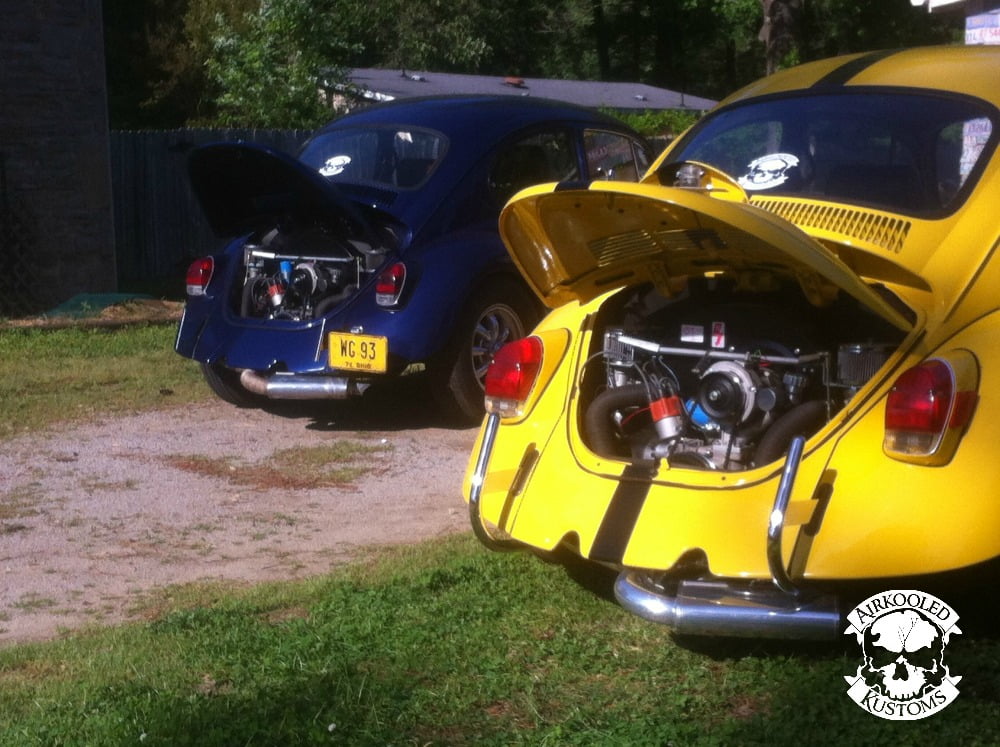 Topping the list of classic cars you should buy... the one that got away. Maybe you've been looking wistfully in your life's rearview mirror, wishing for just one more glimpse of THAT car. You know, the one you bought with your paper route money. The one you learned how to drive in. The one that got you to the chapel on time.

While classic cars are becoming increasingly valuable money-wise, it's the emotional tug, the nostalgia that's always been the driving force behind most restorations. It makes sense. After all, classic car restorations are EXPENSIVE - like, "That's in DOLLARS?" expensive.

And here at Airkooled Kustoms, what the heart wants most of the time is the flawless re-creation of early Porsches and Volkswagens that have haunted our clients for years - decades in some cases. Want to see some examples?

This one belonged to our client's childhood friend's family. Camping trips, cruising around, old Betty put these buddies' dreams on the road.

A tribute build in memory of Kaden, a little guy who left this world WAY too soon. Kaden and his dad Gerald had been planning to restore this sweet '68 Beetle together. After he passed, his family decided to do it in his honor.

Talk about memories! This is THE '74 Beetle our client drove in high school. Bet he had no idea his ride would one day look as drop-dead, black ice gorgeous as it will when we're done with it.

We've seen the pics of the original ride this understated beauty was built to mimic, as one very happy pair of newlyweds drove her away from their wedding. Oh, the original met an untimely demise after being rolled a few times. This one's likely to live a much more charmed life.

Featured in Issue #3 of VolksAmerica, Paz' Ghia "replaced" the Dub our client's dad "borrowed" permanently. It's a build he'd imagined for decades, and now happily drives.

This one, I (PP) got to see first-hand, in situ, about half a century ago. It was originally our grandfather's Bug, but it also made the rounds with a couple of uncles before Matt bought it and got it restored (after lugging it around the country for a decade). Check out this video, and you'll be drooling, too.

Screw Flowers... THIS Is How You Win Hearts

Of course, you could just go the way our client Ron went, and substitute a sweet high-end restoration in place of buying your sweetheart roses. Bumble Bee was featured in Issue #14 of Aircooled Classics. After all, nothing says luvin' like a brand new, very old car!

Here's another story from LittleThings.com:

Over the course of our lives, our parents sacrifice everything so we can be happy. They give us a home, put food on the table, send us to school, and teach us all the most valuable lessons you can learn to become a well-rounded adult.

At some point in our adult lives, many of us feel the need to give back to them in some way, to thank them for all these sacrifices, big and small.

For most, this means raising our own children the way our parents raised us. But for others, it’s also giving them as many material pleasures as our wallets can handle. We want to give them things not just because we can, but because we know it will make them happier than we can ever imagine.

Michael Green had this in mind when he dragged his father, Charlie, to the parking lot of a Piggly Wiggly. He’s heard the same story countless times: As a 16-year-old, Charlie lost the classic car he loved, a 1955 Chevy Bel Air.

It’s been 50 years since that car was destroyed, but Charlie hasn’t fallen out of love with it. In fact, he was so moved by the story of his car, that he cried seeing one just like it in the parking lot.

Little did he know it was already his: His son had bought it for his father, and it would only be a matter of time before he saw it in his own garage.

Now watch the clip to see the moment the tearful dad realizes the car he sees is actually for him!