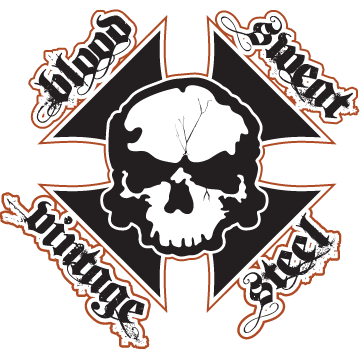 Here's what's going on this week at the Airkooled Kustoms VW shop in Hazel Green, AL.

From the VW Single Cab and Cabral's Bay resting near Mazzie the VW Notchback and Miss Mabel, the 1959 VW Beetle Ragtop, we sneak up on Spook, who's finishing up tuning Jesse's Girl.

Interesting thing with Jesse's Girl - since her owner is currently living in the land of far, far away, we're doing a bit of a workaround on getting her paint color nailed down. We'll start with the basic colors he's requested, and then create some kustom options as well for the color test. Then, while we'd usually send them on to the client (or have the client come in), instead, this time we'll send them to his folks to make the final choice on his behalf.

After the cruise around the bus, we pass the Davis 72 Bay on the lift (we started out just doing a new suspension, but now we're doing a full mechanical restoration, including brakes and a new engine). It's funny how that happens. Almost like that book If You Give a Mouse a Cookie - or like some folks shop for clothes... one thing leads to another, and you figure while you're getting one improvement made, maybe now's the time to get another done, and another, and another... after all, it's already in the shop, anyway!

Then we edge up the back of Sex and Candy, Fergie's Ghia, where 00Dub, CUF, and DJ are having a pow-wow. Of course, getting 00Dub on video is nearly as tricky as getting the Loch Ness Monster on video - so that's a win right there.