The Tale of a 1961 Volkswagen Double Cab, Some Serious Grinding, and a Chicken Tax 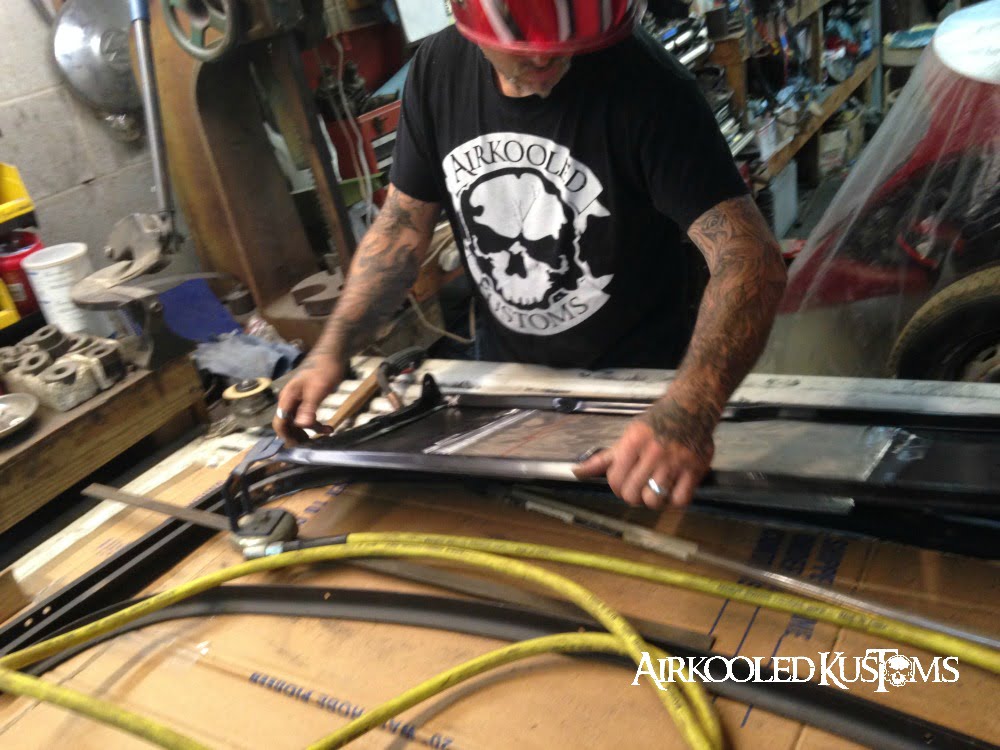 What do a 1961 Volkswagen Double Cab and a grinding tattooed man have to do with chickens?

Watch and read to learn a little something about the 1961 Volkswagen Double Cab.

Spook checks in with Rodney, who's adding a kustom touch to this 1961 Volkswagen Double Cab, RDC. [Quiz - Do you know what RDC stands for? Ron's Double Cab. Not too mysterious, huh?]

This is one of those builds where when people visit the shop, they come to a standstill in that corner of the building. Many have never seen a VW Double Cab (or a Single Cab, like Spook's 1962). No wonder - they're quite rare. There's a reason for that... chickens.

From 1961-64, we were in the midst of a sub-section of the Cold War called the Chicken War. In 1963 (effective for the next 48 years) President Lyndon B. Johnson imposed a Chicken Tax on imported German light duty trucks. France and West Germany were taxing chickens imported from the U.S.

The 25% tariff on commercial trucks, including the VW panel bus, the Single Cab, and the Double Cab, made getting one tough to say the least. Businesses that managed to get one of these commercial vehicles drove them hard - and the Dubs were typically scrapped after just 5-6 years of strenuous service. You can read more about the Chicken Tax here: https://en.wikipedia.org/wiki/Chicken_tax

Anyhow, back to Rodney and that grinding.

RDC is going to have several kustom touches (to say the least). Sometimes when the rust damage on a part is too extensive to make restoration a viable financial choice, we replace it with a new after-market part. Sometimes, though, those new parts, to quote Spook, are "offensive" and must be corrected.

This is that. Rodney's correction of this deck lid not only corrects its lines and fit, but also turns a stock piece into a much more Darkside piece. You can follow the RDC project here: 1961 Volkswagen Double Cab