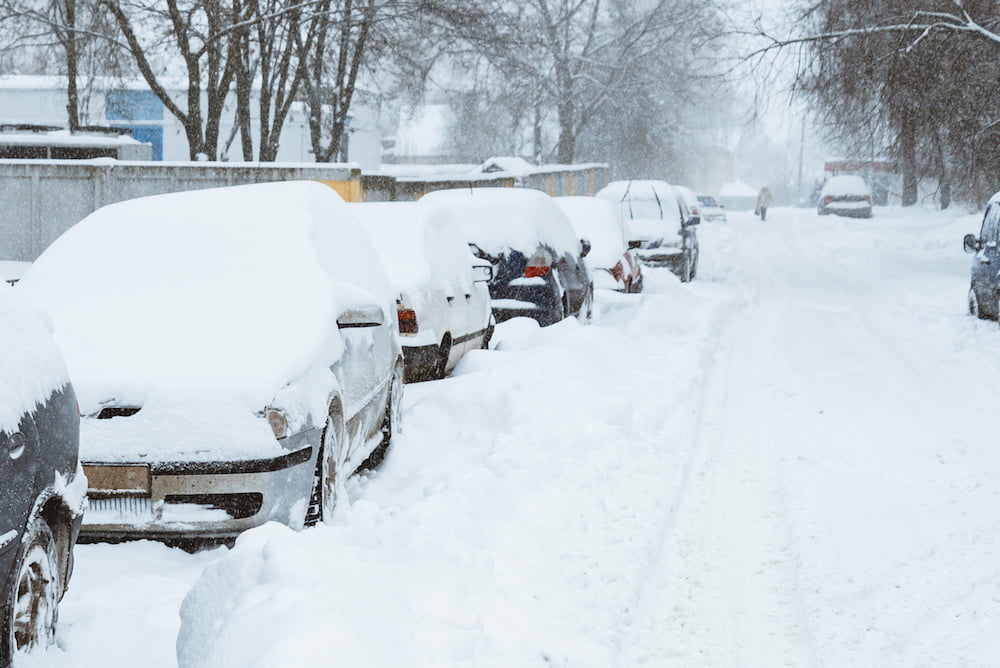 When She Found Out 40K Facebook Users Had Watched Him Caress Mabel During Winter Storm Jonas, She Nearly Lost It… But She Totally Saw It Coming.

It’s not every day you find out that your husband-like being has drawn the rapt attention of a crowd a quarter the size of Huntsville, Alabama on Facebook. But it happened during Winter Storm Jonas at Darkside Central, headquarters of Airkooled Kustoms.

A video Spook shot of Miss Mabel’s shiny new hood has gone viral. People all over the world are watching – and re-watching – a jazzy little ditty showing off the black on black on black mirror-like shine that is her paint job… on her new hood.

New hood? Wait. Didn’t the krew JUST finish building her, like, a few months ago? Isn’t this the 1959 VW Beetle Ragtop that won the People’s Choice award at the Ultimate VW Build-Off in Vegas in October? 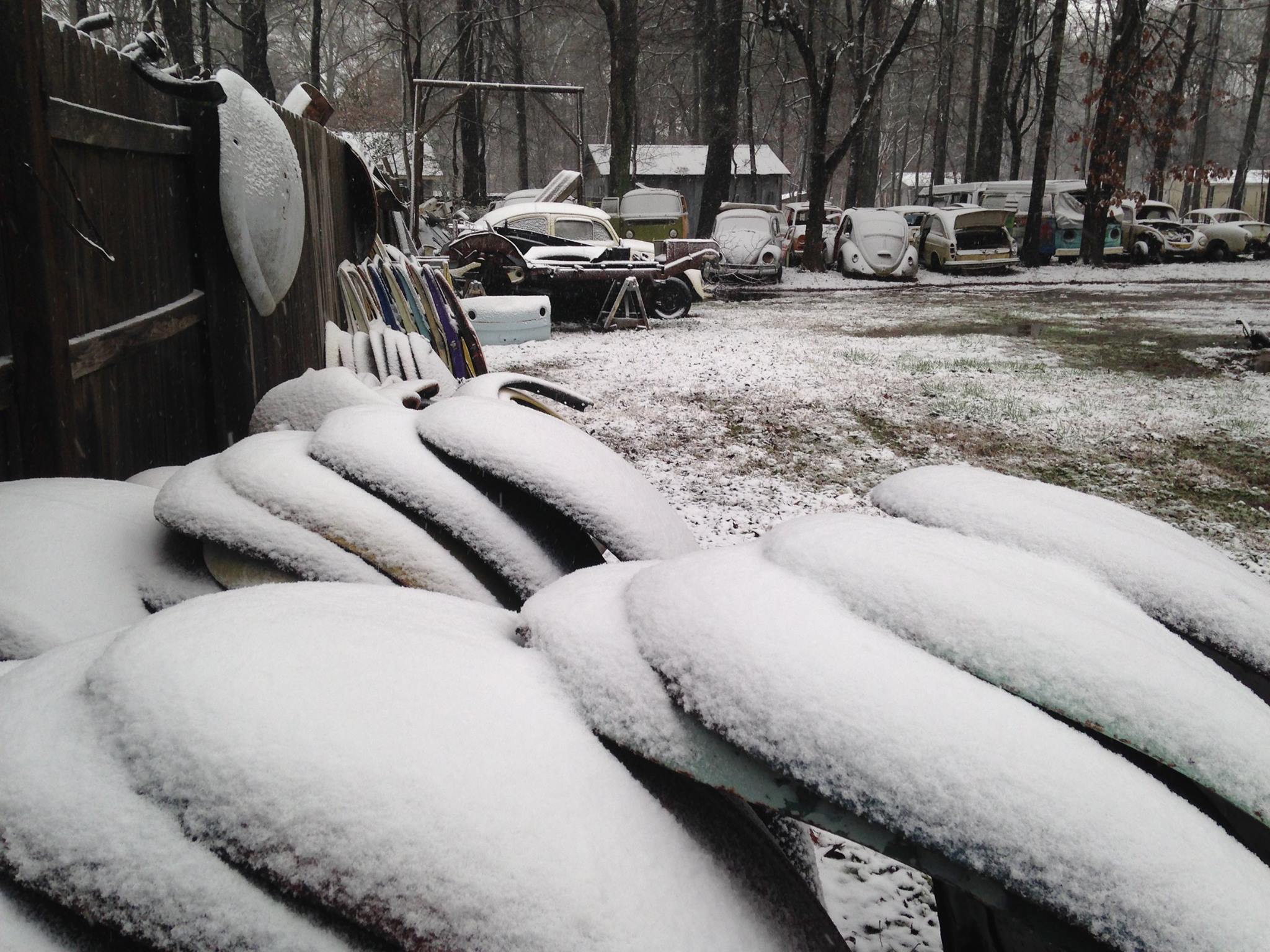 Well, yes, and no. You only have to hang out at the shop for about three minutes before you’ll discover a whole new level of OCD unknown to most of the rest of the planet. What looks PERFECTLY… perfect to normal humans is often enough to make an AKK krew member puke with dissatisfaction.

Honestly, I can’t tell you what was so horrifyingly objectionable about Mabel’s hood – even though I’ve asked. There was something about the lines of the hood (that, by the way, came from the factory!) that disturbed Spook’s delicate aesthetics so deeply that he vowed not to rest until this atrocity was made right.

Rework. Not a lot of fun when it’s on a client’s car restoration (because it’s on the shop)… a whole lot less fun when it’s on a resto that’s already been marked “Out the Door”. And yet, casting aside all offers of bacon or evil cookies, Spook – as typical – torched “good enough” entail?

Granted, all of that except the bodywork, cut, and polish, Spook ran in process with other jobs, but still.

No wonder he turned on some jazz and showed off his handiwork. I use this gorgeous hood as a shop mirror (you know, before we start a Periscope video – a girl’s got to know there’s no bacon in her teeth!). I can see why SO many people have watched her little 48-second debut. Sure beats watching more coverage of Winter Storm Jonas, don’t you think?

Click to give it a watch – or a re-watch, if you’ve found her as strangely hypnotic as all these people have. Like, subscribe, you know the drill.