Where Can I Buy Classic Car Parts? 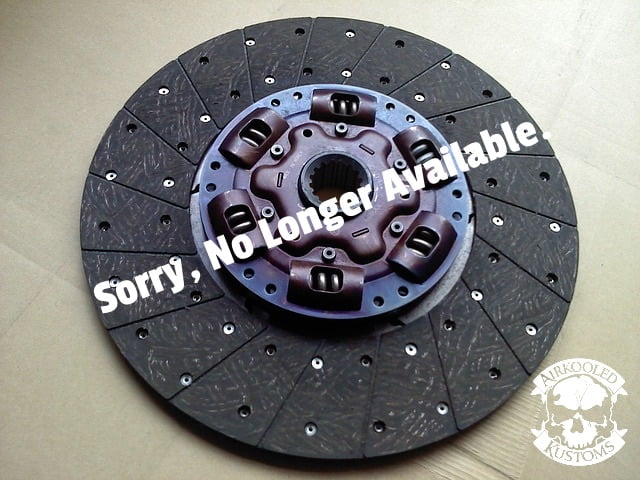 "Where can I buy classic car parts?" Well, how about from your favorite NY Yankee... or us, of course, if you need VW or early Porsche parts. 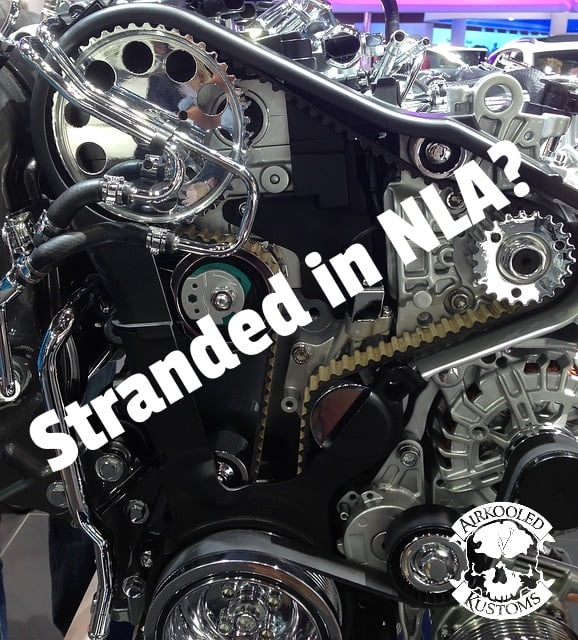 Working on your own classic ride in your garage, man-cave, or she-shack? Then you must be familiar with the three letters that strike fear into the heart of any vintage car restorer: NLA.

Nope, it's not North Los Angeles. It's not even Northern Lower Alabama, (LA means Lower Alabama in these parts). It means... NO LONGER AVAILABLE.

NLA means the part is no longer being manufactured, and the warehouses where they were are now echoing from emptiness.

There are two choices here: cannibalize, or find and raid (well, with money) a stash of NOS (initials again?!) which means New Old Stock.

Where can I buy classic car parts for VWs and Porsches?

If you need VW or early Porsche parts, we'll hook you up. Here's what Spook said:

If it's available, we'll get it for you.

If it's not available, we'll still probably get it for you.

If you're up on your 00Dub mythology, you know that man can find stashes of NOS that can make a grown man cry.

If you're looking for muscle car classic car parts, you'll have to check out Princess Patina's favorite New York Yankees player's new business. Check it out.

Reggie Jackson Turns Passion for Classic Cars Into a Business

First, a little disclaimer: The connection between Reggie Jackson and technology actually isn’t that tenuous. After all, I met “Mr. October” last week at an event organized by SAP—yes, the enterprise software giant.

The event took place at Reggie’s real-life garage just outside Carmel, Calif. Even if you aren’t a gearhead who can tell the difference between an M20 and M21 transmission, Reggie’s place is impressive. The three dozen or so muscle cars on display include brightly colored Camaros, Corvettes, and Mustangs, primarily from the ’50s and ’70s. The automobiles are so shiny you could eat off them. When Jackson pops the hood to show off what’s inside, you realize you could eat off the engine too. It’s the inner parts of these cars that Reggie has turned into a business—his website connects anyone looking to fix up their ride to a slew of specialty suppliers.

The longtime auto-lover’s first car was a ’51 Chevy he bought from his brother for $15. “It could go 55 miles per hour downhill,” Jackson recalls. Throughout his decades-long career playing for the Oakland A’s and New York Yankees—which resulted in five World Series rings—Jackson collected old cars. Once he retired from the sport, he decided to turn his other passion into a more serious hobby, often buying and then reselling muscle cars.

He started working on Reggie’s Garage, the one-stop shop for classic car parts, a few years ago, but struggled to find a back-end solution for cataloging the countless bolts and gauges he tracks down and sells to his customers. A long-standing relationship with Bill McDermott, CEO of SAP sap , led to Jackson trying out SAP Anywhere, which the company will launch at its upcoming customer conference later this month. The new software, a departure from SAP’s usual enterprise-level deployments, is geared at small businesses in need of web and mobile applications for tracking and selling (and even shipping) their inventory.

What SAP’s CEO thinks about the economy:

The real story here, however, is Jackson’s ability to turn his passion into a business—with a little help from technology.

“Everyone’s got an old hooptie in the garage that they want to work on,” Jackson says. “And I want to provide a solution to help them do that.”

via Reggie Jackson Turns Passion for Classic Cars Into a Business