How Much to Build a Custom Car? 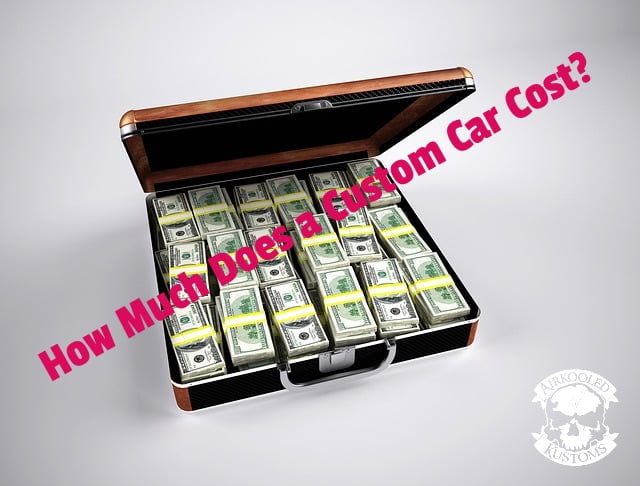 How Much to Build a Custom Car? Brace Yourself. 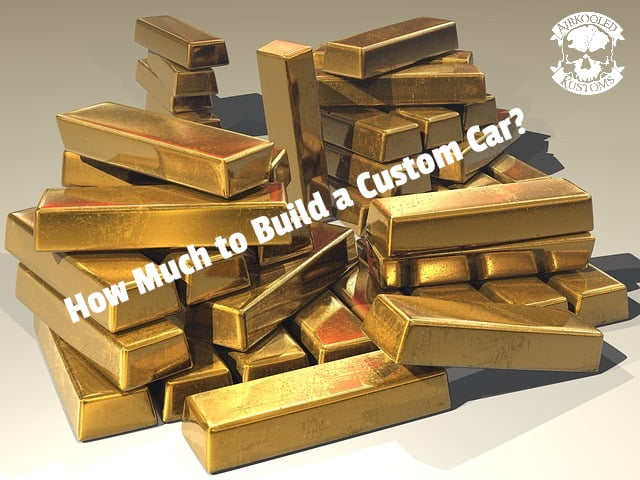 We get this question of how much to build a custom car all the time. At shows, in restaurants (we don't blend too well), in conversations with strangers... everyone wants to know. Morbid curiosity? Goal-setting purposes? Going to shake down their sofas to see whether they've got it covered? Dream board material?

It costs a lot.

If you think about it, you're getting a brand new car (whether you start from a classic car core or just build from scratch) - that's built to your specifications. All the options are yours for the choosing. Feel squished in a stock version of your dream car? We can work with that. Craving colors that never rolled off the factory line? Pffft! Piece of cake.

Who'd drop that kind of cash on a custom car? Well, maybe this is the car they've always dreamed of driving. Maybe it's an heirloom or heritage car, passed down from the generation before. Maybe it's a heck of a way to woo a lady (do you know the 1971 VW Super Bumble Bee's backstory?). The reasons are as individual as the clients.

Check out this Vette story - pretty incredible journey for this car.

It isn’t always not being able to raise enough money that stops a person from buying a collectible Corvette, and that holds true especially if the series under consideration is a C1. Joe Boyd liked C1 Corvettes but, unfortunately, he was too big to fit into one. For Joe, buying a 1953-’62 Corvette was completely out of the question until Vintage Fabrication, a shop that had built four or five custom cars in the past for Joe, told him they could custom build a C1 to fit his size.

The search was on and it wasn’t long before Joe ran across an incomplete 1962 Corvette basket case that was a perfect candidate to build restomod style. The last-year C1 was loaded onto a flatbed car hauler and transported to Vintage Fabrication’s 10,000-square-foot shop in Independence, Missouri. 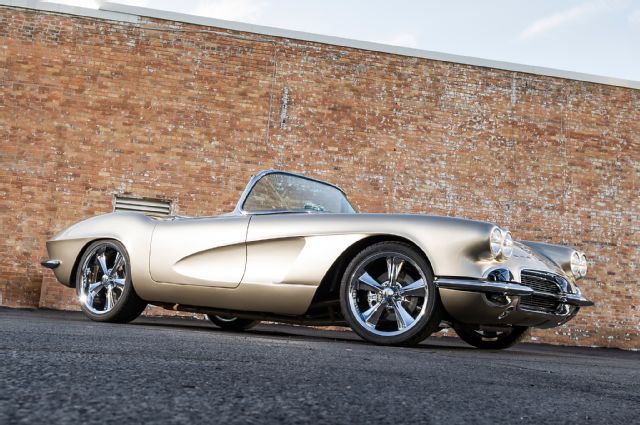 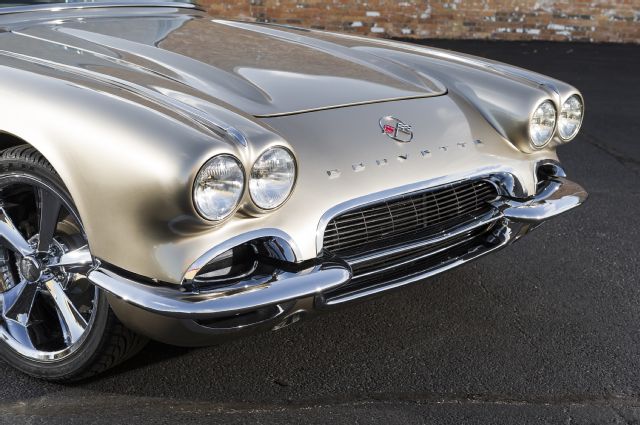 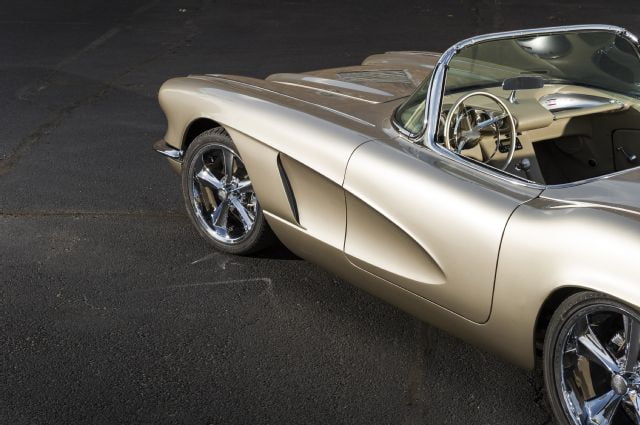 Starting from the frame up, Boyd’s 1962 Corvette was destined to become a subtly radical stunner. The 1962 chassis, with its 1954 Chevy passenger car DNA, was scrapped and an SRIII Motorsports Stage Two tubular chassis was put into place. As understated as the 1962 body became by customizing with shaved door handles, filled cowl vent and frenched headlights the undercarriage details went in the direction of mirrors on the floor show car. At the front end of the birdcage-configured tubular chassis there’s a C4 IFS frontend with power rack-and-pinion steering and fully polished aluminum upper and lower control arms, spindles and brake calipers. Using Z51-spec brakes increased the front rotor diameter from 12 to 13 inches and meant directional internal cooling fins were included. 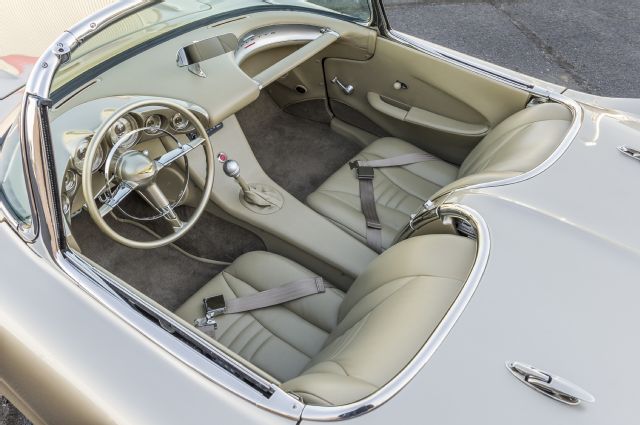 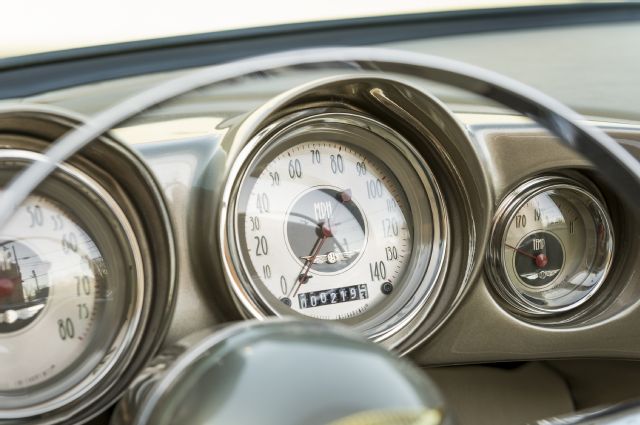 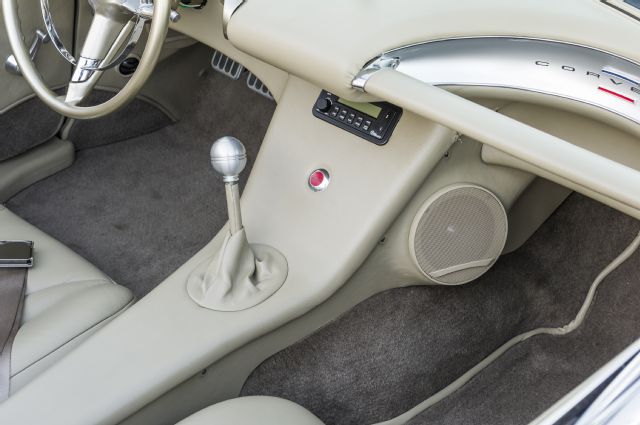 Creating custom interiors is one of Vintage Fabrications specialties. They find most people choose the exterior color of their car first and then try to find an interior color to complement the exterior. Bobby Schumacher advises it’s easier to pick out the upholstery color and then pick or custom mix an exterior color to go with the upholstery. Schumacher and Boyd agreed Papyrus hued Ultraleather upholstery would fit the bill nicely by adding a rich warmness with the supple feel of synthetic glove leather.

Starting with the 1953 Corvette, due to spatial constraints, it was one of the first cars equipped with a hybrid transistor-vacuum tube radio. Lack of space for radio placement is still a problem when comes to upgrading a C1 Corvette sound system. To eliminate mounting concerns the Schumacher crew installed Custom Auto Sound’s Secretaudio system backed up with four midrange, two tweeters, and a hidden subwoofer. The interior design carried into the trunk with Papyrus Ultraleather covering custom-molded side panels and deep plush carpeting on the trunk floor.

Every phase of constructing Joe Boyd’s Corvette was handled in house with the exception of custom painting the car. For paint, the ’62 was sent to Carrender Collision in Buckner, Missouri, where Aron Carrender shot it in a custom mixed Axalta pearlescent version of Fawn Beige. For the two-stage clear topcoat Aron sprayed Axalta 7779 clear and then color-sanded and rubbed it to a mirror-like finish. 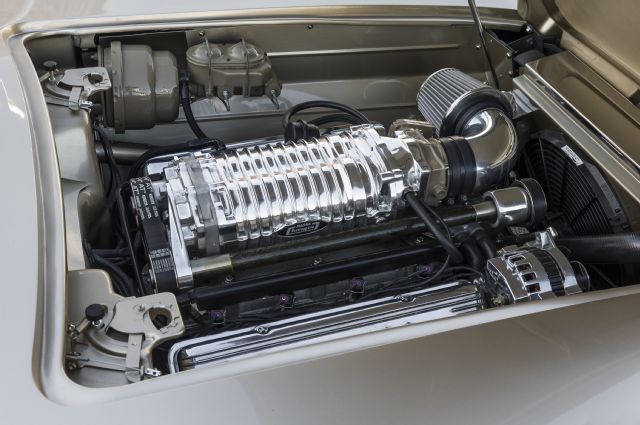 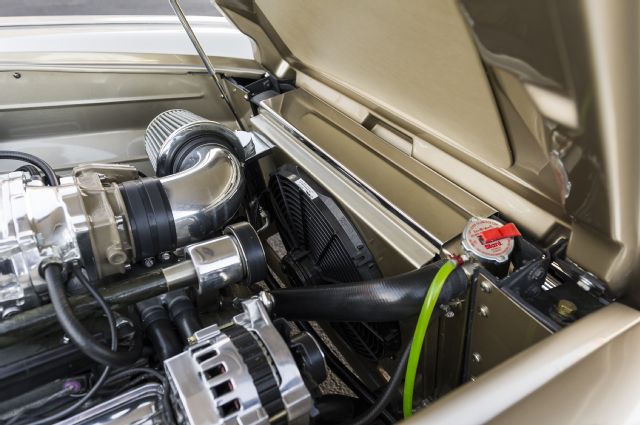 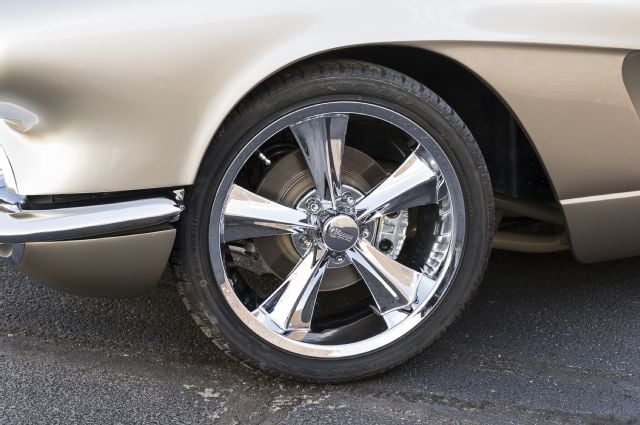 Having extra horsepower under a Corvette hood has been a Chevrolet tradition ever since the factory ditched the Stovebolt 6 in 1955 and went with V-8 power. For a healthy amount of horsepower Vintage Fabrications dropped in a 2006 LS2 6.0-liter engine with a Magnuson supercharger. To give the LS2 that old-time 327 Corvette look, seven-fin valve covers were adapted. An educated guess would place the blown LS2 at around 525 horsepower. The transmission is TREMEC TKO 600 six-speed.

At the 2 1/2-year point in the build Joe Boyd learned he had terminal cancer. Joe passed away on the day his ’62 Corvette crossed the block and the Barrett-Jackson Scottsdale auction. The street rodder style Vette changed hands to a real estate developer named Steve Clark from Wichita, Kansas. Steve took the ’62 to Devlin Rod & Customs in Wichita to add a few more bits of chrome and adjust the suspension to his liking. The photos seen in this article were taken at the tag end of Steve’s 4 1/2-year curatorship of the car. Steve sold the ’62 Corvette at the Barrett-Jackson Palm Beach 2016 auction for $169,400. 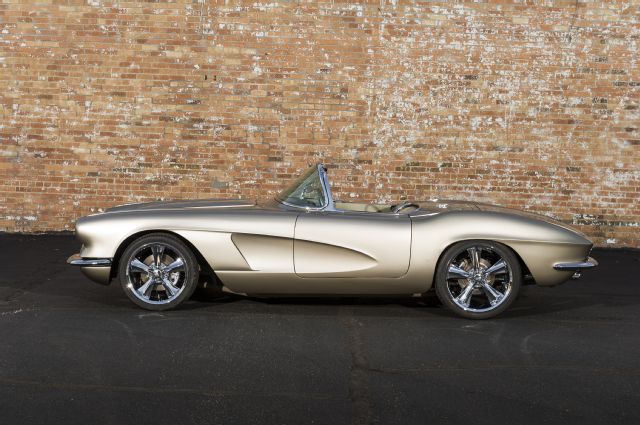 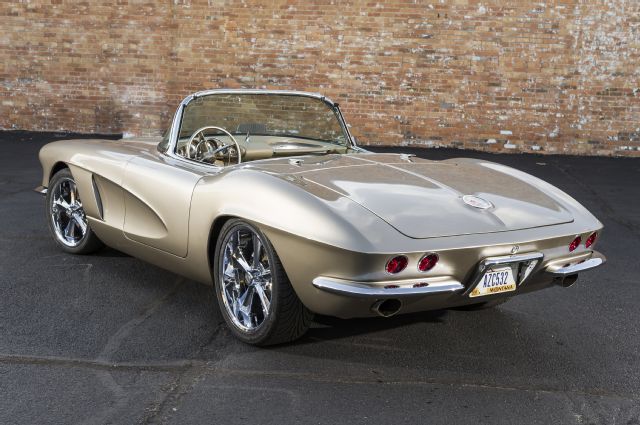