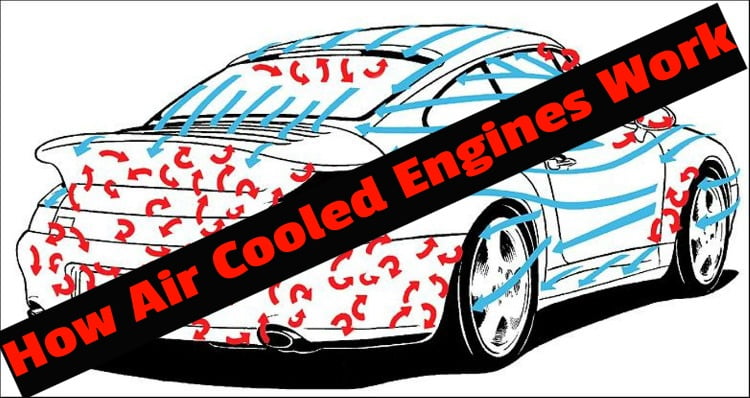 Yep. What other kind of answer would you expect? I'll tell you what other kind... one that's all science-y, yo.

You might think you can tell an air-cooled engine by its placement:

Water cooled VW Bug = Engine in the Front (You can also find some bus models that are water pumpers.)

Air-Cooled = Engine in the Back

But you'd be wrong! (Although if you go looking at the early air-cooled Volkswagens and Porsches we build at Airkooled Kustoms, engine's in the back.)

Air-cooled engines use a combination of controlled air flow, oil, and fuel to help keep the engine within optimum operating temperatures. The Boxter motor is well designed for air cooling. They're typically lightweight, made from aluminum, magnesium, and other lightweight elements. There's directed air flow controlled by air speed, and that's what keeps the cylinders well within operating specs. The heads are aluminum, the piston jugs are steel, and the connecting rod and the lower rotating assembly are all high-tempered steel. Even the gasoline helps to keep the heads cool.

Water pumpers feature a water jacket surrounding the cylinders to help control the temperatures. Water becomes the heat sync. The actual engine case heads and jugs are the actual heat syncs with the fan directing airflow around critical areas to remove the heat.

Air-cooled rides never have a radiator. With the majority of models, the engine is in the rear, although there are some vehicles, including diesels, that have the engine in the front... but they're still air-cooled. Most of those are 2-cycle engines, which means you have to add oil to the gasoline to help with lubrication - they're dirty and smelly, but have a good power to weight ratio output.

Want to see some examples? This bit by CarThrottle.com will help.

The technology is now obsolete in road car design, but these cars used simple airflow to keep their engines cool. Initially found in budget civilian vehicles for the masses due to its ease of use and lack of maintenance required, air-cooled engines managed to nestle their way into some serious machinery up until relatively recently.

You’ll only find this rudimentary tech in bike-engined vehicles nowadays, so let’s take a nostalgic look at some of the past automotive highlights of air-cooling. 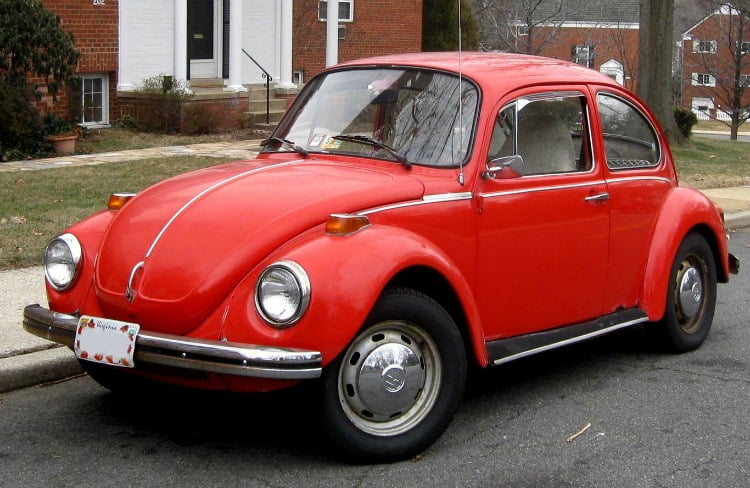 Despite the unfortunate origins within Hitler’s Reich, the Volkswagen Beetle is one of the greatest-selling cars of all time. Translating as ‘The People’s Car’, Hitler himself told the engineers and designers that the car had to be air-cooled, as not every German could afford a garage. Antifreeze for coolant was also rare and expensive in the 1930s.

The original design was manufactured from 1937 until 2003 when the last manufacturing plant in Mexico shut down. Using a simple flat-four engine pioneered by one Ferdinand Porsche, the Beetle ranged from 1.1 to 1.6-litre form, with the aim being to transport five people at 100kmh while using no more than seven litres of fuel for the respective 100km. Without the Beetle, it’s safe to say that a couple of other cars on this list wouldn’t have come close to existing, so this popular bug deserves some serious respect. 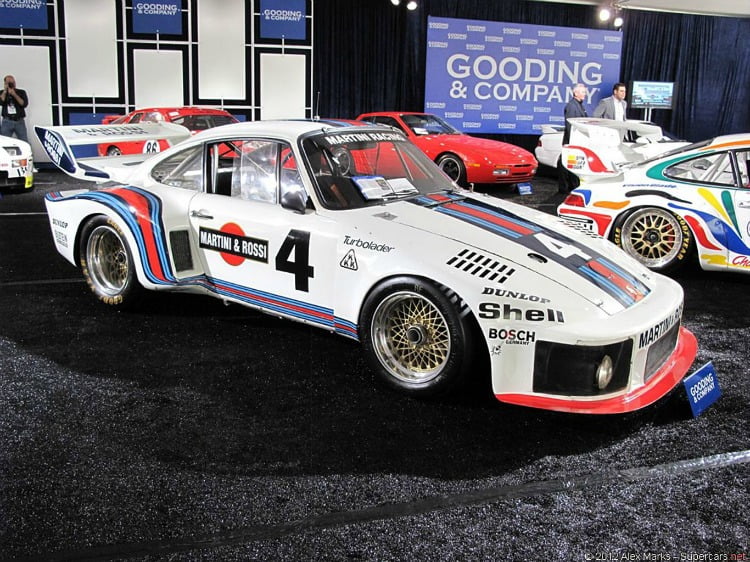 The 935 was Porsche’s endurance racing entrant in the late 1970s, using the 930 911 Turbo as a base. It utilized are rather large turbocharger and mechanical fuel injection to create unprecedented levels of turbo lag but with the ability to produce up to 833bhp.

Porsche kept with the air-cooled flat-six engine in the 935 up until 1978, when water cooling was introduced to increase the reliability of the small but powerful engines. This sad move occurred due to head gasket failures on the 1977 cars which had switched the single turbocharger for a twin-turbo setup, resulting in too much stress across the engine block. 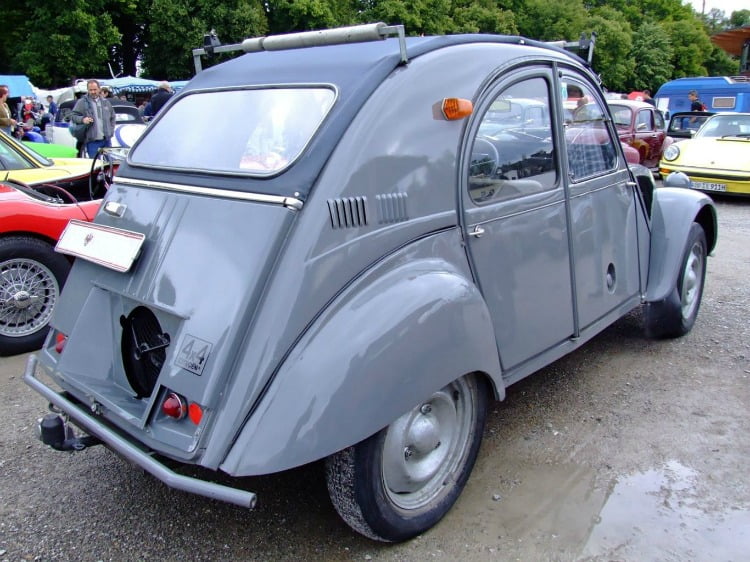 The Citroen 2CV is the definition of ‘simple but effective’ and they also pose potentially the cheapest route into motorsport through racing championships dedicated to the plucky French legend. The most interesting of the vast fleet of 2CV variations comes in the shape of the 4x4 Sahara. Intended for the French colonies in Northern Africa, the Sahara came with four-wheel drive as well as two engines – one in the front and another crammed in the rear, both driving their respective axles.

Separate transmissions allowed both axles to be driven at any time, creating traction and drive if one axle began to slip. Using two 12bhp air-cooled flat-twin engines, the Sahara quickly became a favourite with off-roading enthusiasts. Outright performance was never going to be great, as with just one engine running the 2CV Sahara had a top speed of just 40mph. Fire up that second engine however and the lightweight utility vehicle was capable of 65mph. 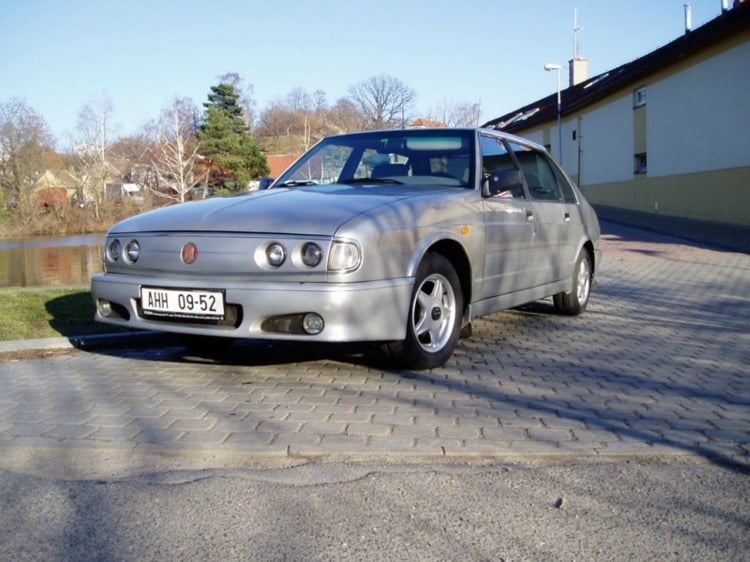 Tatra decided at some point it was a good idea to air cool a V8, making the 700 the quirkiest car on this list. Produced in 3.5 and 4.4-litre form, the rear-mounted OHV V8 somehow made it into this Czech luxury vehicle.

Although Tatras in general were never built in big numbers, the saloon cars like the 700 were driven by the local industrial bosses and dignitaries as a sign of prestige and power. It’s safe to say that the 700 wasn’t successful in the slightest, and production ended in 1999 after beginning in 1996 due to poor export performance to the rest of Europe. But name me another company that had the guts to build a rear-engined, air-cooled V8 saloon? 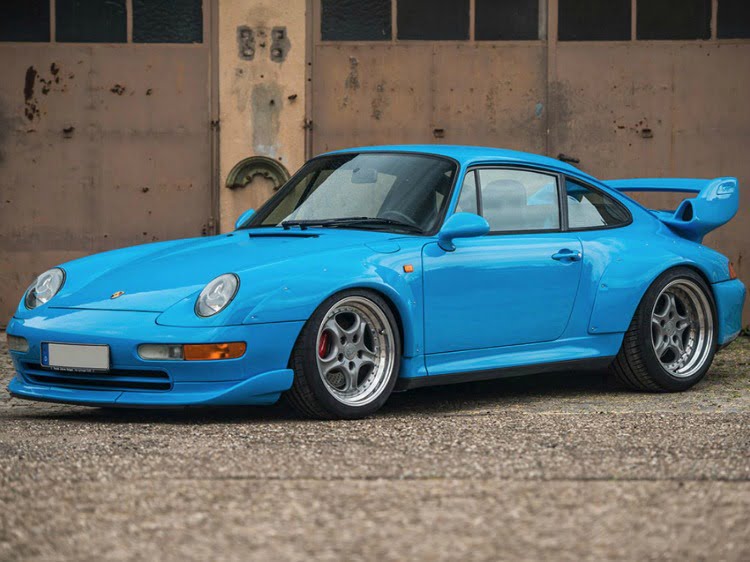 Named after the racing series that these homologation specials were required for, the 993 GT2 was the last air-cooled 911 ever manufactured by Porsche. With widened wheel arches and a massive rear wing featuring those stunning integral air intakes, the first ever GT2 paved the way for the most extreme road-going cars within the 911 range.

Producing 438bhp and 432lb ft of torque from its air-cooled engine, the 993 quickly became known as a widowmaker due to being rear-wheel drive and having a low kerb weight of 1295kg. The 3.6-litre twin-turbocharged flat six was capable of propelling the GT2 from 0-60mph in just 3.9 seconds and topping out at 187mph – seriously impressive figures from a mid-90s car. Only 57 were ever built making for seven figure values in today’s Porsche-crazy market. 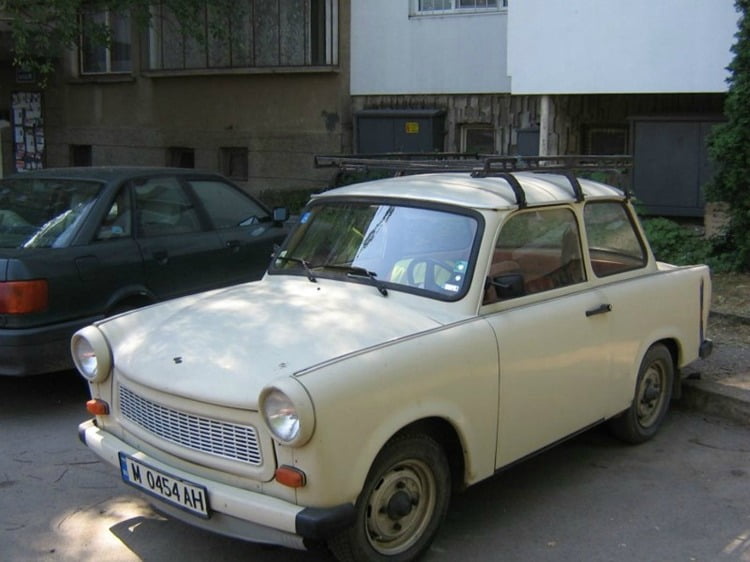 A car that dominated the Eastern Block countries during the Cold War, the Trabant 601 (otherwise known simply as ‘The Trabant’) was built to counteract the West German-built Volkswagen Beetle. Although it was manufactured to be cheap and reliable, it came with independent suspension all around and lightweight composite bodywork.

Due to a lack of R&D funds, Trabant had to stick with a two-stroke air-cooled engine which came from before the Second World War, putting it at a great disadvantage to its four-stroke Volkswagen rival. The 595cc block was capable of producing around 25bhp and when coupled to a four-speed transmission could achieve 67mph with a serious run-up. Despite this, over two million cars were built, so it can’t have been all bad!

Do you have a favourite air-cooled vehicle? Do you maybe even daily something that harks back to these simpler days? Comment below with your air-cooled experiences.

via 6 Car That Make Us Love Air-Cooled Engines