Do Classic Cars Increase in Value? 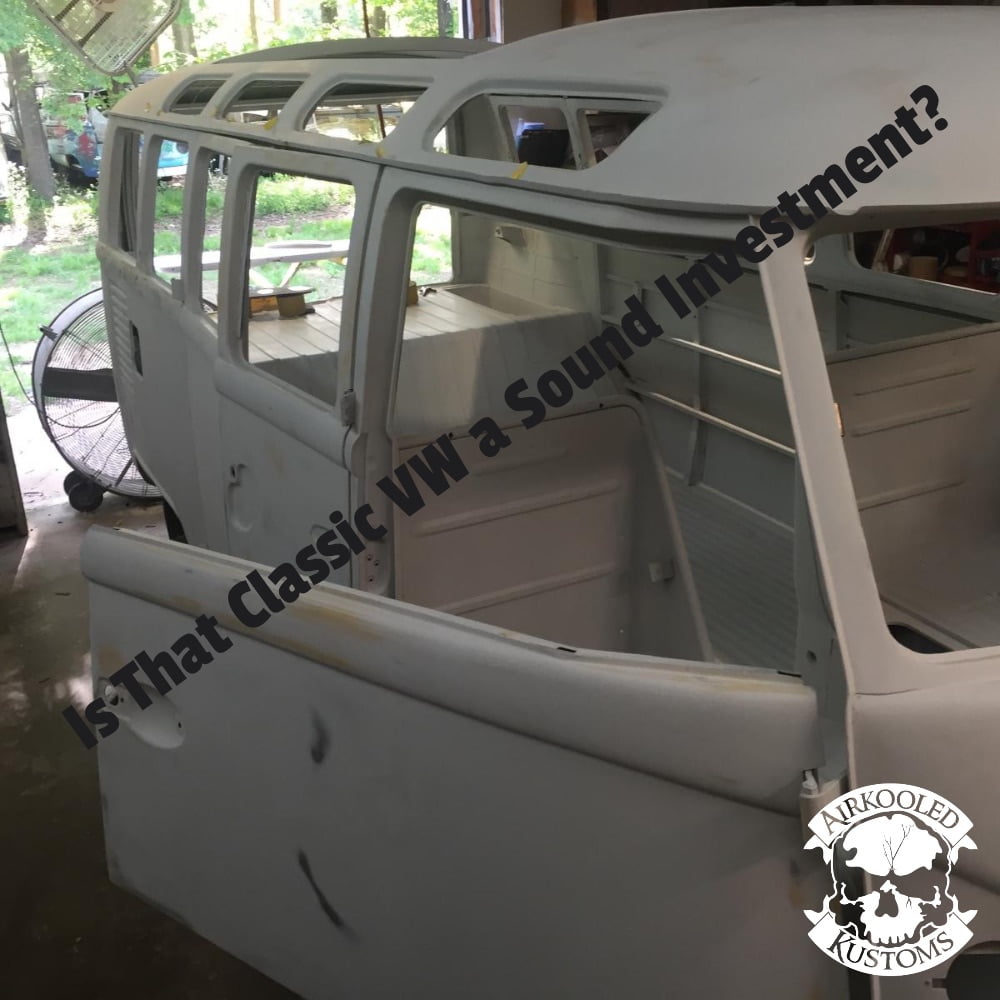 "Do classic cars increase in value?" he says, nodding his head in hopes of hearing a resounding, "YES!" 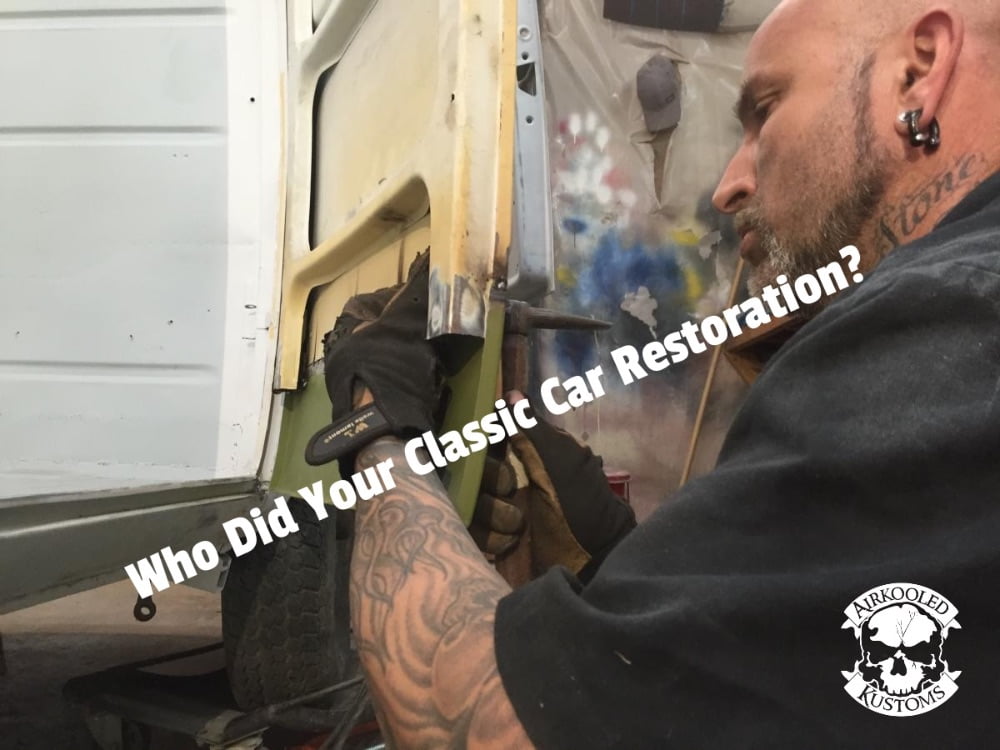 However, like they say, you can't pay too much for a Ferrari or an air-cooled Porsche. You can only buy it a little too soon.

Here's the scoop on whether classic cars are a sound investment: No. Not really.

But that's not why people spend an arm, a leg, and their right nut to get one. It's a great side benefit if your classic car appreciates, of course. All it takes is a gander at what's on the block with Barrett Jackson - well, the legendary sales, anyway - to see what's possible. But you'd be nuts to think that's a quick and massive uptick in market value is the norm.

It's all about supply and demand, baby. As the supply of classic cars dwindles, and the demand increases, the prices go up. It's what's happening with the VW bus, too. Used to be only the 21-window splitties were lustable. Now that they're reaching unattainable heights of pricing, the Bays are starting to look good to collectors and VW enthusiasts. You know what that means is coming next, don't you? Yeah... Vanagons. (Sorry.)

So, yes - the long and the short of the answer to "Do classic cars increase in value?" is YES. But it may take a while, and a lot depends on the condition of the car. Getting it restored by someone who doesn't do supremely excellent work isn't going to do anything good for the market value. Getting it done by a shop that pretty much took a blood oath to do it right... that's your best bet.

Here's an article we thought you'd like about this whole discussion.

As I rolled into the hotel parking lot, not-so-fresh from a miserable 96-mile sportbike ride in conditions varying from "light rain" to "Helen Hunt watching a cow fly by the windshield of a pickup," I saw what I thought was a Ferrari 365 Berlinetta Boxer, and I stopped dead in the middle of the road to get a better look. Turns out that it wasn't a Boxer; rather, it was a 308 Quattrovalvole in that two-tone "Boxer" paint scheme that recently made a reappearance of sorts on the 458 Speciale.

Turns out that the 308QV owner was part of the group I was meeting for dinner that night. The next day, I joined him for a quick drive around some rural Ohio two-lanes. "The car really comes alive on roads like this," he noted. I had to agree. In fact, by the end of the night I had authentic used-Ferrari fever, of the sort that only affects me every 10 years or so.

I have a friend with plenty of experience working on mid-engined Ferraris, and over the years he's owned more than a few 308s. Typically he buys them in the mid-$20,000 range, fixes what needs fixing, and sells them in the high 30s or low 40s. I haven't seen a 308 in his shop for a few years, so I figured I'd take a look at the classifieds and see what I could get for under 50 grand. Most of the 308s sold here were targa tops thanks to the pernicious influence of the otherwise outstanding show Magnum, P.I., but I've always been more fond of the Berlinetta steel-roof coupes. Surely I could get a decent Quattrovalvole coupe for 50 grand?

If you've looked at vintage Ferrari pricing lately, then you're already laughing out loud at my ignorance. The entry point for a well-maintained 308 GTSi eight-valve car is $65k. A QV GTB coupe? I found four. One was listed at $135,000. Another was $160,000 or best offer. The other two just said, "Inquire for pricing," as if they were 250GTOs stored in hermetically sealed bubbles or something.

"Of course," one of my dinner companions had remarked the night before, "a 250GTO was once just a used car." The same is true of the front-engined Daytona coupe and convertible, which used to litter the back page of Road & Track classifieds for about the same price as a new Corvette but which now regularly threaten the million-dollar mark. That wasn't supposed to happen to the 308GT4 Dino and its descendants, which were built and sold in numbers far exceeding any other Ferrari in history. Not only are they common, but they're also pretty slow; my wife's Cobb-tuned Fiesta ST will cheerfully dust any V8 Ferrari from the era that isn't wearing flared fenders and a GTO badge.

You can make almost exactly the same arguments regarding the Porsche 911 Carrera 3.2, which sold in unprecedented numbers during the Eighties and which can't stay in front of a Toyota Camry V6. Yet air-cooled 911s, even the crummy ones, are currently selling for unheard-of prices. Ten years ago, I passed up all sorts of 911SCs for 11 or 12 grand. Those same cars are now selling for $30,000. Carreras with the G50 transmission are doubling that. And if a 1984 Porsche with 100,000 miles on it is worth 60 grand, surely the Ferrari from the same era is worth more.

Any day now, somebody is going to pay six figures for a maintenance-deferred 348ts Targa

A lot of people are calling the current surge in sports-car pricing a "bubble."  It has all the hallmarks of a traditional asset-price bubble like the one that ravaged the Ferrari-spectator market 30 years ago. Everything costs more than it did five years ago, and that includes stuff that has typically been sale-proof, like early Testarossas and 550 Maranellos. Any day now, somebody is going to pay six figures for a maintenance-deferred 348ts Targa. If I recall my youthful readings of the King James Bible correctly, the minute the check clears on the aforementioned 348 deal, the sky will turn dark and the oceans will turn to blood. And not a minute too soon.

All of that being said, I can't help but note the fact that none of the prices paid for classic Ferraris at the height of the previous "speculator bubble" would be anything but a staggeringly brilliant investment by today's standards. Anybody who was "stupid" enough to pay six million bucks for a GTO back then can get five or six times that much for it now. As an investment, you'd have been better off buying stock in Apple, but not even the most fascinating securities portfolio gets invited to Goodwood or Monterey. So the old saying might be right: You can't pay too much for a Ferrari or an air-cooled Porsche. You can only buy it a little too soon. Fifty years from now, even my ragged-out, low-option '95 Porsche 993, veteran of a thousand autocrosses, impromptu freeway races, and full-throttle runs through the Hocking Hills, will be worth an embarrassing amount of money. Thank God I won't be around to have to make the choice between selling and keeping it.